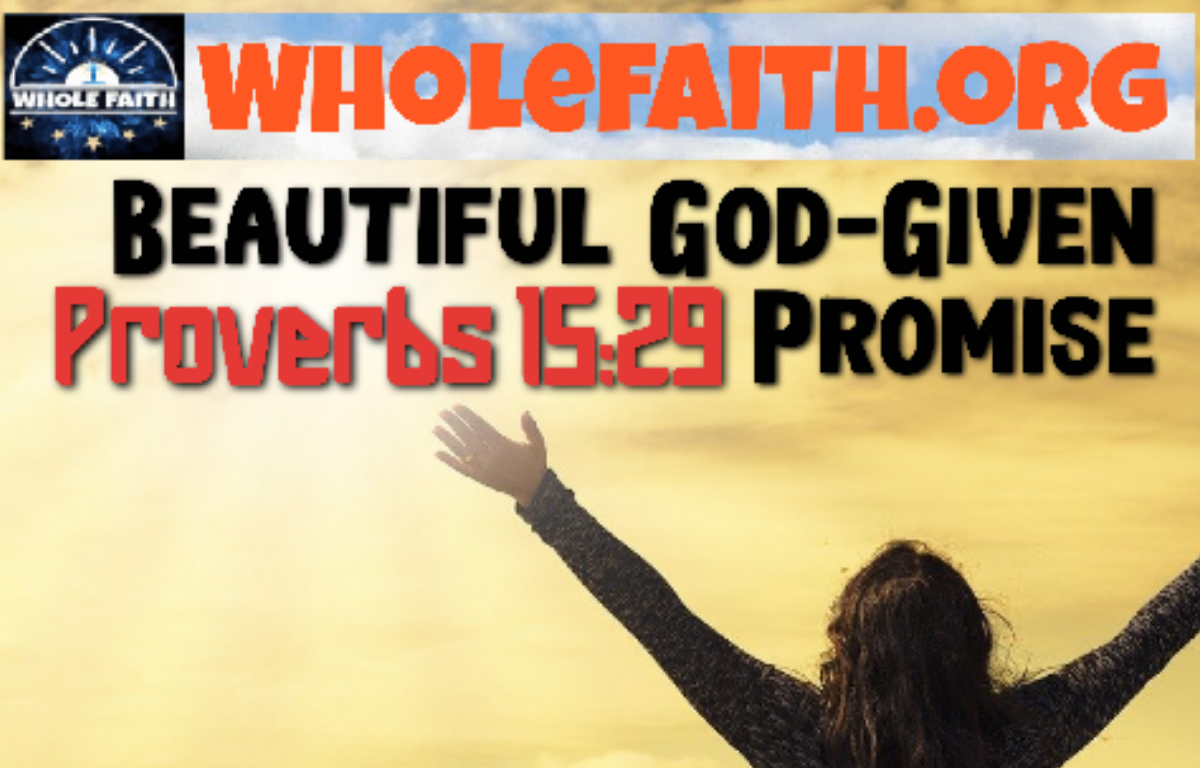 There is a beautiful God-given promise of faith for every Believer, a promise that God will draw near and hear the prayers of a righteous person who comes to God in humility.

The LORD is far from the wicked, what does wicked mean? Here, wicked means a wrong bad person, it is a reference to Psalm 10:1, where the psalmist asks God why does He stand afar off and hide in times of trouble. This is a rhetorical question because a Believer knows the answer while an unbeliever blames God for troubles we have on earth.

Psalm 10 continues with the wicked in his or her pride persecutes the poor, which means hotly pursues. A wicked person will flex his or her muscles and use any influence they have to take advantage of another person. Not just talking about rich vs poor monetarily here, but talking about a person who is stronger than another person in any area, and using that strength to make the weaker person obey the will of the stronger person.

The psalmist goes on to pray to God to let these wicked people be caught in their own plots they have devised, a reference to Psalm 7:14-16, where the wicked will fall into the pit they have dug for others and the trouble and the lies they have conceived through violence will cause it all to return back to the wicked person’s own crown, Psalm 9:16, which is a reference to Jesus crushing the head of satan and implies wicked people are at the very least influenced by satan.

Psalm 10 further defines a wicked person in verse 5-7 by that person’s blind arrogance, always thinking wicked ways will prosper. Literally, prospering means strong, but it is a false strength, a strength that will fade as time passes and influence shifts to another outlet.

The wicked person is sneaky, like a serpent, as described in Psalm 10:8-11, and compared to a lion, which is a direct reference to satan. The wicked person oppresses people and uses that oppression to force victims to victimize other people in an evil system of decadence, while keeping the true intent of actions in the dark; the wicked person hides from Truth, not being able to see the Light.

On the flip side, Psalm 10:12 references a righteous person, a person who is humble, a person who seeks God and does not wish the attempt to change God with the changing of the wind on a stormy sea. Psalm 10:16-18 prophesies about the Kingdom of God, how God will reign forever on earth in His time, when the fullness of our sinful time on earth comes to a close with God telling the end of His story.

Worship is more than praising God at the start of a church service, worship is all about God, it is not about the worshiper. Worship is a way of life, a Believer setting aside the evils of this world in pursuit of God. Worship is thanking God for all He has done, is doing and will do in the life of a Believer. Worship is personal and worship is reflected deeply in how a Believer stewards his or her God-given life.

The LORD is far from the wicked, But He hears the prayer of the righteous. -Proverbs 15:29